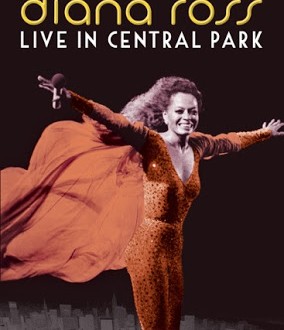 Courtesy of the Karpel Group, today’s Swag Tuesday prize is the long-awaited DVD release of Diana Ross: Live In Central Park, the famously storm-drenched show that has passed into New York City legend.

On July 21, 1983, the legendary Diana Ross took the stage in New York’s Central Park before an audience of over 800,000. Soon after the entertainer began, pouring rain and heavy wind threatened to put an end to the show, but Diana pushed on for much of the set, urging the drenched crowd to remain calm and stay with her. Eventually the torrential storm put an end to the performance, but not before Diana promised her fans she would return the next day. True to her word, Diana performed the entire concert again on July 22nd for the people of New York. Initially broadcast live around the world, this renowned concert was never again shown on television, and has never been released on DVD until now.

Live In Central Park is available beginning today at retailers and online. We have three copies to give away. Enter to win by commenting on this post. Only enter once and please remember to leave your email address in the text of your comment. Publicists: If you’d like to take part in Swag Tuesday on JMG, please email me.