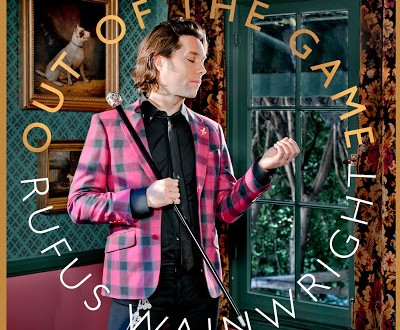 Courtesy of the Karpel Group, today’s Swag Tuesday prize is Out Of The Game, the new album by Rufus Wainwright. The release went on sale today at music sellers and online.

Rufus Wainwright returns to the pop foray with his eagerly anticipated new album, Out of the Game, to be released May 1st on Decca. Produced by the celebrated Mark Ronson, this is the seventh studio album from one of the most accomplished, contemporary singer-songwriters today. A labor of love for both Wainwright and Ronson, Rufus calls Out of the Game, the most pop album Ive ever made, while Ronson recently stated, it s the best work of my career. Recorded in New York in the fall of 2011, the twelve songs are hook-laden, memorably arranged tracks reminiscent of Rufus early work, following 2010 s more quietly intimate outing, Songs For Lulu.From the uptempo opening chords of the title track and first single, to the gospel tinged rock of Jericho, through the beauty of Sometimes You Need and the emotional pull of Candles, this new disc ranks alongside Rufus Wainwright’s very best.

We have three CD copies of Out Of The Game to give away. Enter to win your copy by commenting on this post. Only enter once and please remember to leave your email address in the text of your comment. Entries close at midnight on Thursday, west coast time. Publicists: If you’d like to take part in Swag Tuesday on JMG, please email me.