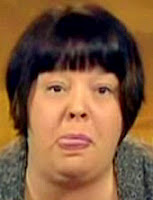 “On the one hand, morally this is good because lying to the American people is always wrong. President Obama has come clean that he is for gay marriage. Politically, we welcome this. We think it’s a huge mistake. President Obama is choosing the money over the voters the day after 61 percent of North Carolinians in a key swing state demonstrated they oppose gay marriage. We now have clear choice between Romney and Obama, and we look forward to demonstrating in November that it’s a bad idea for a national candidate to support gay marriage. Marriage is a winning issue for the GOP.” – Maggie Gallagher, quoted by Buzzfeed.

Previous Romney Reacts: I’m Still Completely Against Any Relationship Rights For Gays
Next Sullivan: Obama Has Let Go Of Fear