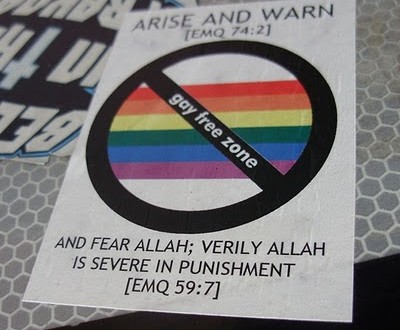 Mohammed Hasnath had copies of the group’s ‘Inspire’ magazine on a memory stick, PA reports, and was sentenced to 14 months’ imprisonment under the Terrorism Act. He was also given a one-month custodial term, to run concurrently, for painting burkhas over images of women in deodorant adverts. In 2011, Hasnath and a friend had been spotted painting over a scantily clad Kelly Brook on a Lynx hoarding. Hasnath, 19, of Leamouth, Tower Hamlets, pleaded guilty last year to a public order offence and was fined £100 plus £85 costs and a £15 victim surcharge after he put up posters around the area declaring it a ‘gay free zone’.