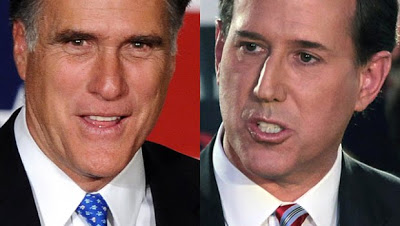 Two months ago Mitt Romney was the “worst Republican in the country” according to Rick Santorum. Surprising no one, yesterday Romney got his endorsement.

Santorum, a former senator from Pennsylvania and a newly minted celebrity among conservatives, said that the one-time rivals would unite to deny President Barack Obama’s re-election. But in a nod that the wounds had not yet healed, he reminded his supporters of the deep differences between the two and that misgivings had not yet abated. “The primary campaign certainly made it clear that Gov. Romney and I have some differences. But there are many significant areas in which we agree,” Santorum wrote, citing common ground in economic, social and foreign policy. e added: “Above all else, we both agree that President Obama must be defeated. The task will not be easy. It will require all hands on deck if our nominee is to be victorious. Gov. Romney will be that nominee and he has my endorsement and support to win this the most critical election of our lifetime.”