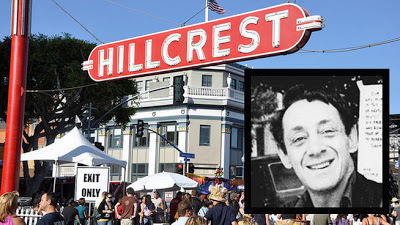 JMG reader Aaron sends us one bit of good news:

San Diego is the first city in the country to honor Milk with a street bearing his name. The cost of the signs for the name change has been paid for by private contributions, according to Councilmember Todd Gloria’s office. “It is an honor to vote today to solidify Milk’s position as a true advocate for under-represented people, and a privilege to have my colleagues stand united with me for this historic action,” Gloria said in a statement. Blaine Avenue will become Harvey Milk Street in time for Milk’s birthday on May 22.

Let’s hope the city is prepared to replace the sign frequently.