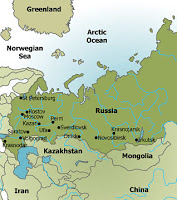 RUSSIA: The Media Makes You Gay

According to a just-published poll, almost half of the people in Russia believe that gayness is acquired through exposure in the media.

“Forty-seven percent of the respondents said media and propaganda were the key factors contributing to development of a person’s non-traditional sexual orientation,” the pollster said in a press release issued Thursday. Among other vital factors that impact the development of homosexuality, respondents named the influence of friends and parents (35 and 33 percent, respectively). Only 16 percent said that negative experience of past relationships with people of the opposite sex brings about homosexuality. Same-sex relations were only decriminalized in Russia in 1993, and anti-gay sentiment remains strong among Russians, including the political establishment.