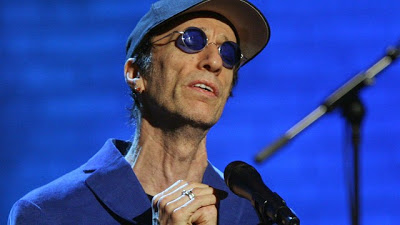 It’s been a really shitty week for pop music.

Robin Gibb, one of three brothers who made up the disco group the Bee Gees behind “Saturday Night Fever” and other hits from the 1970s, died on Sunday, according to a statement on his website. He was 62. Gibb “passed away today following his long battle with cancer and intestinal surgery,” said the statement, which was attributed to his family. Diagnosed with colon and liver cancer, Gibbs had been in a coma as he battled pneumonia earlier this spring, representative Doug Wright said.

Robin had the lead on all my Bee Gees favorite.


SOLO HIT: Robin Gibb released a handful of solo singles to chart-topping success in other countries. In the U.S. one of the few that charted at all was 1984’s gay club hit, Boys Do Fall In Love, which was huge in the bars that I was frequenting that year.