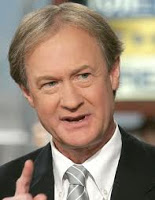 The executive order is expected to have many real-world implications. Same-sex spouses of state employees and anyone covered by an insurance company regulated in Rhode Island will be entitled to health and life insurance benefits, gay rights advocates say. Both partners in a same-sex couple will be able to list their names as parents on a child’s birth certificate, and same-sex couples will be entitled to sales tax exemptions on the transfer of property including vehicles. One couple who attended the signing ceremony — married in neighboring Massachusetts — described their disappointment of not being able to list both their names on their son’s birth certificate. “For our next child, we won’t have to go through the same kind of turmoil,” Martha Holt Castle said.

RELATED: Civil unions have been legal in Rhode Island since last year.

Previous Ron Pauls Beams Up
Next One Million Moms: We Killed GCB