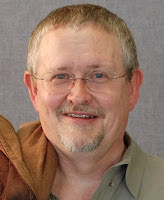 “The left is at war with the family, and they want control of our children’s education. That’s what those signs on the lawns are about. I’m not making this up – it’s already happening wherever the left has complete control of education. Parents in those places are already forbidden to opt out of sexual and gender propaganda. And with the teachers’ unions absolutely under the control of the extreme left, don’t kid yourselves: Legalizing gay marriage will make the false claims of the gay lobby the established religion of the American school system.

“If there were even a shred of science behind the absurd claims about gender and sexuality coming from the left, there might be a case for allowing this to happen. But there is no science behind it. In fact, the scientific evidence we have points in the opposite direction: Same-sex attraction is not a strait jacket; people’s desires change over time; gay people still have choices; a reproductive dysfunction like same-sex attraction is not a death sentence for your DNA or for your desire to have a family in which children grow up with male and female parents to model appropriate gender roles.” – Science fiction author and NOM board member Orson Scott Card, writing for North Carolina’s Greensboro Times.

RELATED: In 2008 Card called for Christians to overthrow the United States government should gay marriage become widely legal: “Regardless of law, marriage has only one definition, and any government that attempts to change it is my mortal enemy. I will act to destroy that government and bring it down, so it can be replaced with a government that will respect and support marriage, and help me raise my children in a society where they will expect to marry in their turn.”