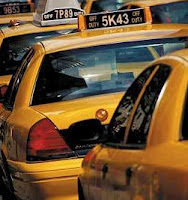 New York City’s cab fares may go up by 20% before the start of summer.

The city Taxi & Limousine Commission will consider a proposal next week to boost taxi fares for the first time since allowing a 24% increase in 2006. “The fare hasn’t changed since 2006, so it is reasonable for taxi drivers and fleet owners to put this on the table,” TLC chairman David Yassky said. “We will consider their petitions over the next couple of months.” A public hearing to jack up fares 16% to 20% will be held May 31 at the TLC’s Beaver St. office in lower Manhattan. Owners of the city’s more than 13,000 cabs and driver representatives asked the TLC to consider the proposal. Sources say TLC board members will likely pass the fare bump. If approved, the hike could be imposed by the summer. The base fare for a yellow taxi is now $2.50, plus $2 a mile. The average trip of 2.76 miles now costs riders $11.82. That trip would cost more than $14 if a 20% hike were imposed.