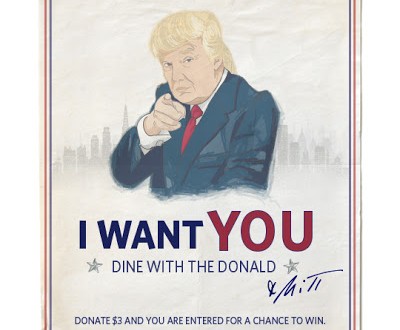 Once again Mitt Romney is failing the moral leadership test. Instead of rejecting Donald Trump’s ‘birther’ conspiracy theories and divisive attacks, he’s endorsing them by campaigning and fundraising with him. Romney has shown time and again that he’s not ready to have his John McCain 2008 type moment by speaking out against these types of attacks against the President. This type of false and extremely divisive rhetoric has no place in the political discourse of our country and Mitt Romney should stand up against it instead of standing with Donald Trump to raise money for his campaign.