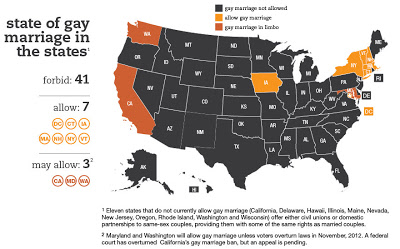 You should check out the timeline of when the bans went into place. In 2004 Ken Mehlman was the chair of the Bush re-election campaign. From 2005-2007, he was the head of RNC. During those two short time spans 23 of the bans were enacted. For the past couple of years, Mehlman has been working to undo that damage or at least prevent it from spreading further.