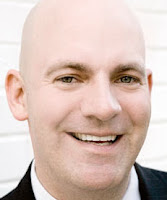 “It is amazing how fast our community can forget that it was Senator Susan Collins (R-ME) who resurrected DADT repeal in the 2010 lame duck session, and it was New York Senate Majority Leader Dean Skelos (R) who fulfilled a promise to Log Cabin Republicans to allow a vote on marriage in the GOP-led chamber. If it is true – or even if Americans only perceive it to be true – that far right activists like American Family Association’s Bryan Fischer are powerful enough to force a good man out of a job he is the most qualified to fill, that will make it harder to move forward on the issues that matter to LGBT Americans.

“We need Log Cabin Republicans to work for change within the party, and when one of us falls, we all suffer for it. Social conservative leaders know this, which is why they are crowing today – but their litmus test of what it takes to be a conservative is bad politics, and in the long term they are destined to lose. This is a story that the Romney campaign never wanted; the Romney team would much rather be talking about jobs and the economy. The campaign deserves more credit for hiring Ric even though they fumbled the execution, but now they will be under real pressure to prove that Mitt Romney is not antigay to an American voting public that is increasingly intolerant of discrimination.” – R. Clarke Cooper, head of Log Cabin Republicans, via press release.