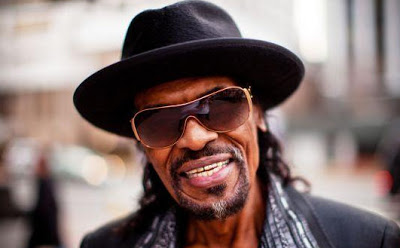 The Godfather Of Go-Go, Dead At 75

Chuck Brown, the famed spark of that uniquely DC style of horn-driven funk called “go-go,” has died at the age of 75.

In addition to being go-go’s principal architect, Mr. Brown remained the genre’s most charismatic figure. On stage, his spirited call-and-response routines became a hallmark of the music, reinforcing a sense of community that allowed the scene to thrive. As go-go became a point of pride for black Washingtonians, Mr. Brown became one of the city’s most recognizable figures. “No single type of music has been more identified with Washington than go-go, and no one has loomed so large within it as Chuck Brown,” former Washington Post pop music critic Richard Harrington wrote in 2001.

I first discovered go-go when Brown’s biggest hit, 1979’s Bustin’ Loose, topped the Billboard R&B chart for four weeks, no easy feat in the era of Ring My Bell, Good Times, and other disco standards now more firmly associated with that era. And then I forgot about go-go for a few years until Spike Lee featured Brown’s protegees Experience Unlimited and their smash Da Butt in his 1988 film School Daze. Gimme da bridge, Chuck.