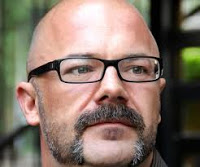 From Sully’s Cover Story In Newsweek

“This, by any measure, is an astonishing pace of change in one presidential term. In four years Obama went from being JFK on civil rights to being LBJ: from giving uplifting speeches to acting in ways to make the inspiring words a reality. And he did so by co-opting the forces of resistance—like the military leadership. He fooled most of us much of the time, our outbursts often intemperate—I went on CNN at one point to say that the president had betrayed the gay community on the military ban. We snarked about the ‘fierce urgency of whenever.’ Our anger built. And sometimes I wonder if he goaded us into ‘making him do it.’ If he did, it worked.” – Andrew Sullivan,writing for Newsweek.

Previous Clay Aiken Vs. Tony Perkins
Next New Attack Ad From The RNC