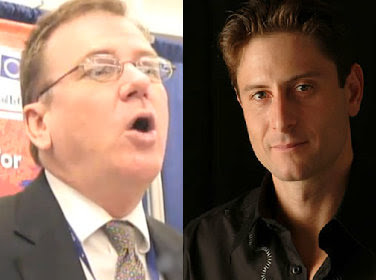 After wacko “ex-gay” weirdo Greg Quinlan told a live television audience that Truth Wins Out founder Wayne Besen had threatened to “inject him with AIDS,” Besen sued him for libel when Quinlan refused to retract his statement. That suit was thrown out this week by a federal judge.

Although Besen argued the contrary, Hudson found that Besen qualifies as a public figure as a chief spokesman for a nonprofit advocacy group. The judge noted that “plaintiff recognizes the public ‘dispute,’ in which both he and defendant Quinlan are actively involved, concerning the question of whether one’s ‘sexual orientation can be changed.'” “As a public figure, plaintiff must show that the allegedly defamatory statements were made with knowing falsity or with reckless disregard for the truth,” Hudson wrote. “‘Reckless conduct is not measured by whether a reasonably prudent man would have published, or would have investigated before publishing. There must be sufficient evidence to permit the conclusion that the defendant in fact entertained serious doubts as to the truth of his publication.’ As the Fourth Circuit has observed, ‘establishing actual malice is no easy task, because the defamation plaintiff bears the burden of proof by clear and convincing evidence.”

Quinlan also heads the New Jersey Family Policy Council and testified before the state legislature in opposition to same-sex marriage.