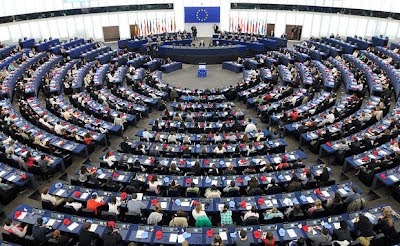 The resolution was adopted with 430 in favour and 105 against, saying it was “gravely concerned by developments which restrict freedom of expression and assembly on the basis of misconceptions about homosexuality and transgenderism”. It added that EU Member States should be “exemplary in the application and protection of fundamental rights in Europe”. 14 Conservative MEPs voted in favour of the resolution with 12 either abstaining or being unable to vote. 9 Labour MEPs voted in favour of the move with 3 abstaining or unable to vote. All but two absent Liberal Democrat MEPs voted for the resolution. The resolution specifically addressed laws in several European countries, condemning laws against ill-defined ‘propaganda’.

Of the cited nations, only Latvia and Lithuania belong to the European Union.

Previous MARYLAND: First Batch Of Petitions Due
Next Zach Wahls Interviewed By ReasonTV