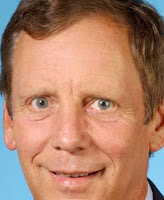 Email Of The Day – Mark Neumann

“My opponent is radical leftist Tammy Baldwin who was ranked the #1 most liberal Representative in Congress last year. She voted for ObamaCare but complained it didn’t go far enough! She openly pushes for a full government takeover of our health care system. She’s been on the front lines of the effort to Recall Scott Walker. She eats, sleeps, and breathes radicalism. Now Tammy Baldwin wants a promotion to the U.S. Senate so she can have a bigger impact pushing her out-of-touch liberal views. We cannot let her get there.” – Former Rep. Mark Neumann, who is battling openly lesbian Rep. Tammy Baldwin for the U.S. Senate seat to be vacated by the retirement of Sen. Herb Kohl.