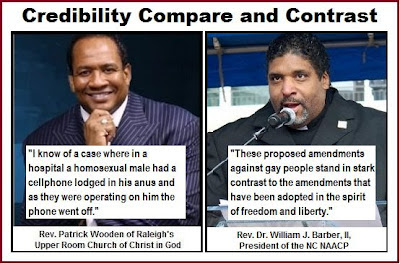 Pam Spaulding points out that Pastor Patrick Wooden admits he made up his now infamous tale about gay men shoving cell phones up their ass.

Wooden’s defense is that he was asked to go on the program and he told “an anecdote.” I reminded him that he had no data or evidence to support this claim, and that this is only supporting the notion that he thinks being gay is all about sex, and that heterosexuals engage in all sorts of sexual behaviors that don’t have any impact on their civil rights. All he could say was that he has to talk about it in these terms because, by definition, “homosexuals as a group are defined by who they sleep with” and by extension, since his religious view is that homosexuality is a sin, this is what drives him to speak out.