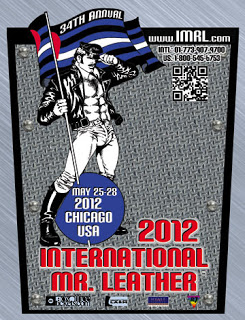 The 34th annual International Mister Leather convention is taking place this weekend in Chicago, where attendees at the host hotel could potentially face a picket line over a long-running union labor dispute.

The Hyatt Regency Chicago, site of the recent competitions, has been at the center of a bitter a contract fight with workers represented by the union UNITE HERE since 2009. The workers, union spokeswoman Annemarie Strassel said, want one room per day subtracted from their quota to compensate for the fact that they have to get down on their hands and knees to clean floors, rather than using a long-handled mop. They also want better job security. UNITE HERE brands Hyatt “the worst employer in the hotel industry,” and it asks that supporters “not eat, meet or sleep at Hyatt.” UNITE HERE has been asking International Mr. Leather to relocate its convention since at least 2010 — and last year, one LGBT website accused the organization of “crossing picket lines” by continuing to hold events at the Hyatt. The convention leaders, however, dismiss the union’s charges — and accuse the union of playing on popular discomfort with their subculture. Jon Krongaard, coordinator of International Mr. Leather, says “there is no picket line,” and all he and his organization have seen are “random walkouts.”

The “one LGBT website” cited above appears to be that of the Chicago-based Gay Liberation Network, which last fall had called on IML organizers to relocate the event, saying that event founder Chuck Renslow was showing “disrespect to work-place issues.” According to the above-linked news item, IML claims it would have a faced a $700K loss had it broken its 2012 contract with the Hyatt Regency. Additionally, a spokesman claims that union supporters have harassed at least one IML attendee by calling his place of employment and outing him as a member of the fetish community.