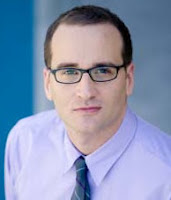 “Only in Washington and in politics could someone attempt to parse the words of what the vice president of the United States said on Meet the Press today. His words speak for themselves — and they send an incredibly important message outside Washington to the young LGBT teenager hearing the vice president of the United States talk about his belief in marriage equality and the fact that he or she can grow up and have the same dreams and aspirations as their friends, their colleagues, their parents.” – Incoming HRC president Chad Griffin, speaking to Metro Weekly.