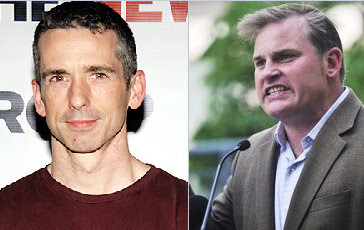 Dan Savage has set the time and place for the one-on-one debate that NOM’s Brian Brown challenged him to earlier this month. Per this week’s Savage Love podcast, Dan has invited Brown and his wife to a dinner at his Seattle home with Dan and his husband, where New York Times columnist Mark Oppenheimer, who has previously interviewed both parties, has agreed to moderate the discussion. I’ve just spoken to Dan by phone and he tells me that the event will be filmed with the tentative plan to upload the debate to YouTube “in its entirety and without edits.” The exact date is not yet known, but Savage suggested some time in June. Stand by for Brian Brown’s reaction to the invitation.