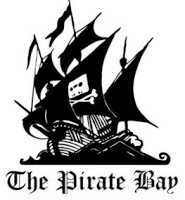 The British government has ordered the nation’s internet service providers to block access to Pirate Bay, which is arguably the most notorious site for trading bootlegged copies of movies, music, and television shows.

The block, starting within weeks, will mean millions of Britons will no longer be able to access one of the biggest and longest-running global filesharing sites. The high court order provoked criticism from internet advocacy groups, who likened action against illicit filesharing websites to other forms of online censorship. Jim Killock, executive director of the Open Rights Group, said: “Blocking The Pirate Bay is pointless and dangerous.It will fuel calls for further, wider and even more drastic calls for Internet censorship of many kinds, from pornography to extremism. The order to block The Pirate Bay – requested by the major music groups, represented by the British Phonographic Industry – comes as authorities and courts have tightened the net on illicit downloading sites, which film studios and music majors claim are responsible for billions of pounds in lost revenue.