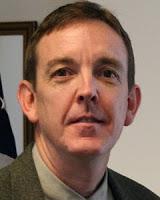 Arizona AG Folds: Hawaii Has Convinced Me That Obama Can Be On The Ballot

Last week Arizona Attorney General Ken Bennett said that he would keep President Obama off his state’s November ballot unless Hawaii responded to his demand for their birth records. Here’s the latest:

Bennett, a Republican, said in a written statement that Hawaii officials “have complied with the request, and I consider the matter closed.” Bennett’s office says Obama’s name will appear on Arizona’s November ballot as long as he wins his party’s nomination and all paperwork is properly completed. Obama campaign spokesman Mahen Gunaratna noted that Bennett also is Arizona campaign co-chair for Republican presidential contender Mitt Romney. Gunaratna said Bennett’s inquiry will have no bearing on the election, “But it does present an opportunity for Mitt Romney to finally rise to the occasion and denounce the extreme voices in his party.” The Romney campaign responded saying the candidate has made his stance on the issue clear. “I think the citizenship test has been passed,” Romney said to CNBC in April, a statement relayed to The Associated Press by his campaign on Wednesday. “I believe the president was born in the United States. And there are real reasons to get this guy out of office.”