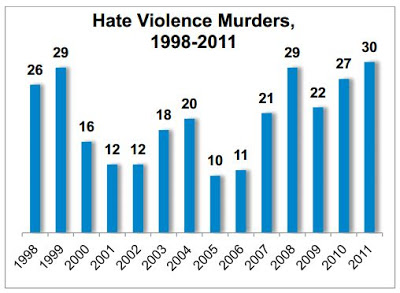 The National Coalition of Anti-Violence Projects today issued a report containing the grim news that last year more LGBT people were murdered in hate crimes than in any year since the group began keeping records.

The report glumly notes that the sheer number of anti-LGBT violent crimes so taxed the organizations that track them, they could not fully investigate all of the incidents reported to them. Therefore, the actual number is higher.