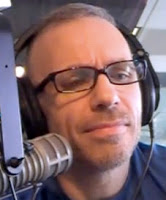 Signorile On Gays Who Diss Lesbians

“Like the classic case of the bully who picks on people because he’s afraid, deep down, that he is the one who actually is weak, it appears that these guys beat up others in the community to divert attention from themselves and to show that they’re down with everyone else who’s doing the bashing. In the case of [Richard] Grenell, it’s particularly interesting because if you watch a video of him being interviewed you’ll see he is not exactly the standard of masculinity. And that’s totally fine — few men are, gay or straight. But for him to then criticize a lesbian for not meeting a standard of femininity does reveal a certain ‘lady doth protest too much’ quality.

“We’ve seen similar kinds of tweets about Maddow from Chris Barron, one of the founders of the conservative gay group, GOProud, who once mocked her for looking like a ‘dude.’ He’s also tweeted that Barney Frank is ‘catty,’ has a ‘purse’ and wants to ‘sit in Scott Brown’s lap.’ Curiously, Barron also obsessively tweets about his gym workouts and tweets many photos of his worked-out abs, in what seems like a desperate exercise in overcompensation, as if to say, ‘See, I really am a real man, really!'” – Michelangelo Signorile, writing for Huffington Post.

Previous Titanic II: Electric Boogaloo
Next Obama Is Buying All The Nation’s Ammo So He Can Use It Against Civilians