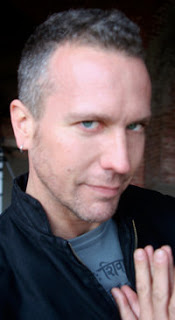 “Really, who doesn’t already know? Who among us with the slightest acumen toward self-reflection doesn’t fully understand that the more you wail against something, the more violently outspoken or hateful you are against this or that perceived indiscretion, sexual proclivity, perversion, deviance, expression, delight, taste sensation, the more certain it is that said deliciousness secretly attracts you, turns you on and makes you enormously, terrifically scared?

“Case after case, priest after priest, GOP senator after megachurch pastor after spittle-flecked Tea Party zealot — all suddenly caught pants down in a bathroom stall, in a leather bar, gay chat room, in a Grindr hookup app, living out their real and honest selves even as they rail and oppose and thump their Bibles everywhere else. Hypocrisy, thy name is homophobe.

“Which is, essentially, exactly what the study found. One’s level of homophobia lies, quite frequently, in direct proportion to one’s own brutally closeted desire for homosexual sex. Result: self-denial, self hatred, wailing and thrashing and Prop 8-ing against an unfair world.” – San Francisco Chronicle columnist Mark Morford, writing about the just-released study on the cause of homophobia.