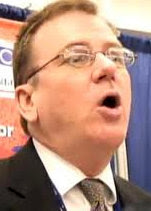 “April 20 is the annual ‘Day of Silence’ when student and teacher members of homosexual clubs in schools across the country remain silent for the school day in order to bring attention to intolerance against homosexuals. Since members of these gay affirming clubs agree to remain silent for the day, April 20 is the time to distribute ex-gay information without interference or harassment from any gay activist faculty or GSA clubs. PFOX is calling on students to distribute flyers promoting acceptance of ex-gays. Former homosexuals and their supporters are ridiculed and forced to live in silence. Our nation’s schools deny students with unwanted same-sex attractions any support or fact-based information that feelings can and do change.” – Greg Quinlan, president of PFOX.