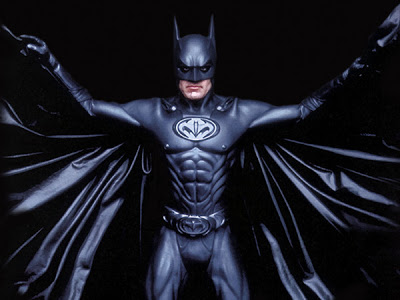 “Gayness is built into Batman. I’m not using gay in the pejorative sense, but Batman is very, very gay. There’s just no denying it. Obviously as a fictional character he’s intended to be heterosexual, but the basis of the whole concept is utterly gay. All these women fancy him and they all wear fetish clothes and jump around rooftops to get to him. He doesn’t care — he’s more interested in hanging out with the old guy and the kid.” – Action Comics writer Grant Morrison, speaking to Playboy Magazine.