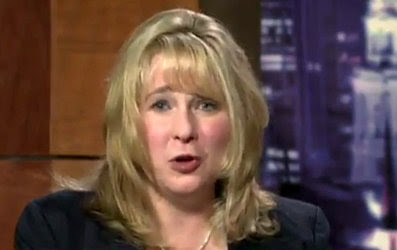 “I found it fascinating to read the announcement yesterday that I had been included in a list of 36 dangerous radicals who should be banned from national television and print outlets. That’s definitely a first. But rather than feeling the shame it was intended to create, I guess I’m feeling rather honored to be included alongside the likes of Focus on the Family President Jim Daly; Prison Fellowship’s Chuck Colson and the head of the Southern Baptist Theological Seminary, Albert Mohler. All of whom are compassionate, biblically minded leaders who unabashedly proclaim the redemptive truth that we’ve all fallen short of God’s plan for humanity and that we are all equally in need of a Savior.” – Focus On The Family spokeshrew Candi Cushman, who is so not bothered by GLAAD’s list, she wrote 2000 words about it.

NOTE: In Cushman’s linked article, she quotes several lines that rotten anonymous meanies have posted to her Facebook page. That’s SO terrible, you guys! That’s WAY worse than organizing national annual campaigns to encourage and make legal the daily bullying and beating of gay kids in public schools.