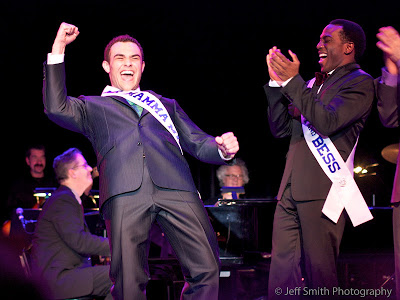 This year’s swimsuit competition segment was especially memorable as I was hit with a well-oiled water wing during one contestant’s number. Hit the slide show for super-gay frivolity and some very buff bodies.