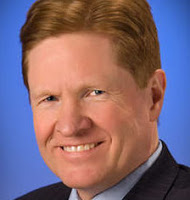 Quote Of The Day – Peter Sprigg “An important statistic that I read once was that there’s a survey done of 12 year-olds that found at age 12, 25 percent of the students were unsure of their sexual orientation. But we know from surveys of the adult population that only maybe 2 to 3 percent of the adult population will actually identify as homosexual or bisexual. So you have this population of young people that left to themselves, 9 out of 10 would end up being perfectly heterosexual, but now with the politically correct environment in the schools, those kids are being told by their teachers and guidance counselors, ‘well you are probably gay, you were born that way, you just have to accept it and embrace it.'” – Family Research Council “senior fellow” Peter Sprigg, who wants public schools to distribute “ex-gay” information.