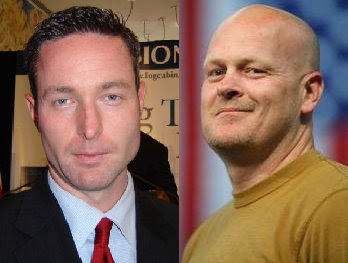 “The left and their friends in the main stream media don’t want to talk about the issue most Americans in this country today care about – jobs. Instead, they want a culture war. They want a culture war because they cannot defend this President’s record of failure when it comes to creating jobs and growing our economy. They hope to cynically distract Americans to protect President Obama and his liberal allies in Congress in November.” – From a joint statement issued today by GOProud and GOP congressional candidate Samuel Werzelbacher.

RELATED: This morning Werzelbacher got testy when the CNN host asked him if he’d evolved since the below 2009 claim that gay people are inherent pedophiles. That’s when Werzelbacher revealed his association with GOProud.