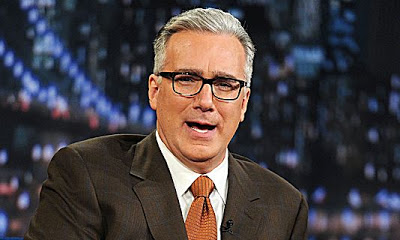 After months of battling Current TV’s owners and management, Keith Olbermann was fired today. The dismissal letter is harsh.

“We created Current to give voice to those Americans who refuse to rely on corporate-controlled media and are seeking an authentic progressive outlet. We are more committed to those goals today than ever before. Current was also founded on the values of respect, openness, collegiality, and loyalty to our viewers. Unfortunately these values are no longer reflected in our relationship with Keith Olbermann and we have ended it.”

Olbermann won’t even be allowed the dignity of a farewell to his viewers, his slot tonight will be taken by Eliot Spitzer, of all people.

I’d like to apologize to my viewers and my staff for the failure of Current TV. Editorially, Countdown had never been better. But for more than a year I have been imploring Al Gore and Joel Hyatt to resolve our issues internally, while I’ve been not publicizing my complaints, and keeping the show alive for the sake of its loyal viewers and even more loyal staff. Nevertheless, Mr. Gore and Mr. Hyatt, instead of abiding by their promises and obligations and investing in a quality news program, finally thought it was more economical to try to get out of my contract. It goes almost without saying that the claims against me implied in Current’s statement are untrue and will be proved so in the legal actions I will be filing against them presently.