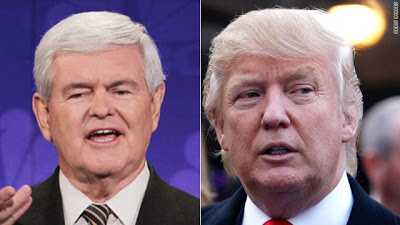 We reported, along with the New York Times and the Associated Press among others, last night that Donald Trump is expected to endorse Newt Gingrich, according to sources around his campaign. The Times went first with the news in terms of national outlets. What a difference 12 hours makes – Trump’s endorsement is not likely to go to Gingrich, others said, and may in fact go to Mitt Romney when he makes his announcement at 11:30 a.m. Matt Drudge, who has a relationship with top Romney officials, this morning – linking to our Gingrich story – was the first to indicate it would be Romney.