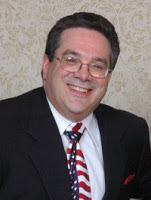 “We believe it to be the highest form of hubris when those in authority tinker with natural law and challenge God in His creation of the natural order. He will not be mocked. Those in favor of this bill have long argued that the people shouldn’t be allowed to vote on retaining marriage as the union of one man and one woman, but rather that the legislature should decide for them. They have tried the courts and now the legislature; however, we believe this is such a huge public policy shift that the people should weigh in.” – New Jersey Family Policy Council founder Len Deo. (Via Good As You)