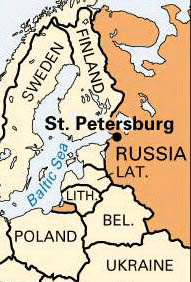 The government of St. Petersburg, Russia today enacted a broad ban on any action that could be seen as “promoting” homosexuality. The new law also specifically links pedophilia to homosexuality.

The law, passed in the third and final reading, imposes fines of up to $16,000 on individuals and up to $160,000 on legal entities for the promotion of homosexual, lesbian, bisexual, and transgender practices among minors. Twenty-nine of 50 legislators voted for the law with five against and one abstention. It follows similar bans in the southern Astrakhan and central Ryazan and Kostroma regions in Russia. The new legislation effectively outlaws any Gay Pride events.

Previous The Horse Has Thrown The Rider
Next Eurovision 2012: Germany’s Roman Lob