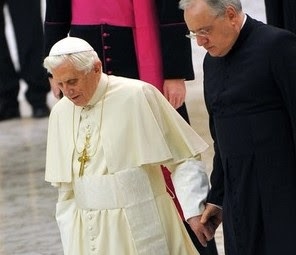 If God wants you to have a baby, he’ll give you one from regular fucking. Any other way to get a baby? That’s from Satan.

Speaking at the end of three-day convention on diagnosing and treating infertility at the Vatican, Pope Benedict XVI slammed artificial procreation and fertility treatments. Marriage was the only place to create a human being, he said. The comments reaffirm the decision Catholic leadership has held on artifical reproduction since 2008. “The human and Christian dignity of procreation, in fact, doesn’t consist in a ‘product,’” he said, “ but in its link to the conjugal act, an expression of the love of the spouses of their union, not only biological but also spiritual.” The pope is pressing for a ban on artificial procreation and called on science and fertility experts to resist “easy income, or even worse the arrogance of taking the place of the Creator.”

Another agreement between the Vatican and the AFA.