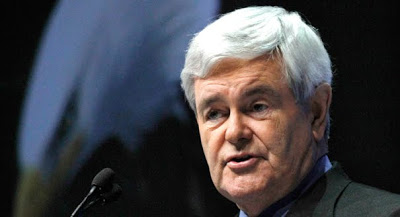 “I think that it’s very clear that this is an administration which believes that secular government – they believe that the President is superior to the Pope in the ability to define what the church is allowed to do. Obama’s position, which is truly dishonest – this new compromise is, I mentioned Orwell’s ‘1984.’ This is Orwellian . We have been through a fifty year period, starting in the 1960s, in which the courts, and the bureaucracies, and now the politicians have waged war on religious freedom in America. And I think we need to understand this is just one more phase in an ongoing assault on Christianity and on Judaism and on organized religion by secularists who believe that they have the right to get between man and God.” – Newt Gingrich. (Via Right Wing Watch)