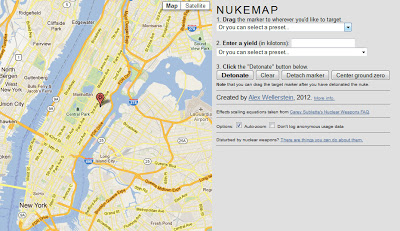 Via NPR here’s a handily terrifying interactive map where you can test-bomb nukes on your neighborhood.

When it comes down to it, I’ve always been in the “the living will envy the dead” camp. I’d rather be instantaneously vaporized than live without expanded cable. So to speak.