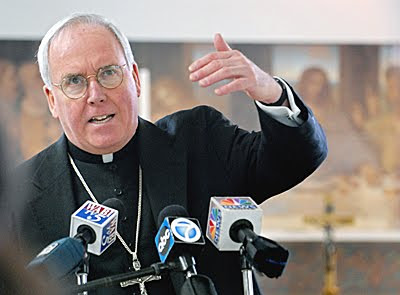 Malone announced in a press release the establishment of a local chapter of Courage, a worldwide spiritual support group based in Norwalk, Conn. The Rev. Kevin Martin, who serves St. Michael Parish in Augusta, has been appointed the chaplain for the ministry. “This service is being initiated in response to requests from people who desire the church’s assistance,” Sue Bernard, spokeswoman for the diocese, said in the press release. Courage was founded in 1980 in the Archdiocese of New York. The organization now has has more than 100 chapters and more than 1,500 people on its electronic mailing list worldwide, according to information on its website. The program is patterned after 12-step programs such as Alcoholics Anonymous.

Previous One Million Moms Against Ellen, Part 2
Next Drag Queens Are Sent By Satan