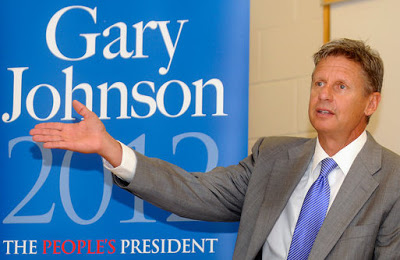 I simply can’t put the square peg in the circle hole. I am firmly committed to defeating Barack Obama and turning back his disastrous policies, and I wanted to believe that I could support whomever the Republican Party nominated. Unfortunately, I cannot in good conscience do that. Let me be crystal clear: I am speaking only for myself and not for GOProud, the organization that I co-founded. I fully expect the GOProud Board will endorse the eventual nominee of the Republican Party. I, however, will not cast a vote in favor of that.

I believe Barron had previously endorsed Herman Cain and was also recently seen literally waving a banner for Mitt Romney. Barron has not yet commented on the Johnson/Aniston ticket.

Previous Morning View – Locked Out Cop
Next The Purple Poll