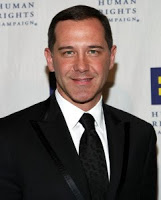 Outgoing Human Rights Campaign head Joe Solmonese has been named one of 35 national co-chairs of the Obama reelection campaign. The Advocate notes that the HRC endorsed Obama last May:

Citing the president’s record on such accomplishments as “don’t ask, don’t tell” repeal and hate crimes legislation, Solmonese said in a statement, “President Obama has made it clear that LGBT Americans deserve a fair shot and has taken steps across his Administration to make the lives of those most in need in our community better. As a national co-chair, I am determined to do whatever I can do to help reelect President Obama so this progress can continue for our community.”

On the list of co-chairs with Solmonese are current and former state governors, big city mayors, and former members of the Obama administration. And Eva Longoria?