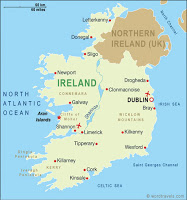 A new poll reveals that almost three-quarters of the Irish public believes that same-sex marriage should be made legal.

Equal marriage advocates have welcomed a poll which puts public support for allowing gay couples to marry at 73%. The poll, by Red C, showed nearly three quarters of those asked said they would agree with the statement: “Same sex marriage should be allowed in the Constitution”. The results were presented to Ireland’s Oireachtas yesterday in a report prepared for the Department of Public Expenditure and Reform on the last Constitutional referendum. Kieran Rose, Chair of Ireland’s Gay and Lesbian Equality Network said: “The poll confirms the openness of Irish people and their support for further critically important progress to achieving equality for lesbian and gay people.”

Previous Hot Chicks With Douchebags
Next Teen Records His Coming Out