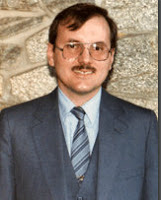 “Ann Coulter has lied about and vilified conservatives who threaten the candidacy of Mitt Romney, whom she calls the “most conservative” candidate. Just this week, she again falsely claimed Romney to be the most conservative, falsely asserted that Sarah Palin is an establishment Republican, and falsely contended that Romney really won in Iowa. Coulter has also dismissed the Tea Party as conspiracy nuts to promote Romney. Coulter gushes over Romney and even defended Romney Care, now known as Coulter Care! Wanting so desperately to be a king-maker, Coulter is resolved to foist her choice upon the rest of the nation, using treachery and deceit to achieve her goals. If she will lie about conservatives (even though she is considered a conservative leader and icon), why wouldn’t she lie about liberals (whom she claims to hate)?” – Daniel Borchers, founder of Coulter Watch.

Previous Mayors For Freedom To Marry
Next CALIFORNIA: Support For Same-Sex Marriage Soars In Latest Poll