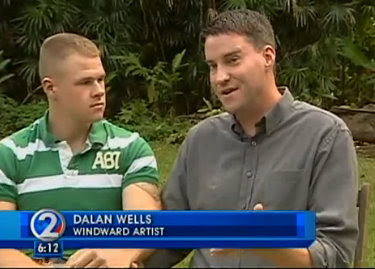 “I honestly knew I was in love with him from the first moment I met him,” Morgan says, adding that before he came out he had made “a lot of mistakes,” including marrying a woman. During Morgan’s six months in Afghanistan, “there was nonstop letter writing every day.” Wells, an oil painter in Oahu, says that when Morgan first asked him out, he said no. “I didn’t know he much he loved me and how much I was in love with him,” Wells says. The men say they plan to work with the gay military group Outserve.