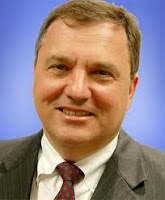 “The effort to redefine marriage to include same-sex partners is a radical social innovation, one fraught with dangerous implications for individuals, families, and culture. Claiming to be post-political and then allowing one’s chief corporate spokesperson to say that same-sex ‘marriage’ is ‘is core to who we are and what we value as a company’ are assertions that don’t quite add up. So, for now, at least, I will buy my overpriced flavored coffees elsewhere. I dislike boycotts for a number of reasons, but am undertaking a personal one at present. Being for marriage, as understood in the Judeo-Christian context and Western tradition, is much more to ‘the core of who I am’ than a Starbucks iced mocha ever will be.” – Family Research Council senior vice president Rob Schwarzwalder, writing for LifeSiteNews.

NOTE: Schwarzwalder won’t be giving up anything that actually inconveniences his bold Christian principles. Ya know, things like computers, shoes, airlines, the internet, etc etc etc.