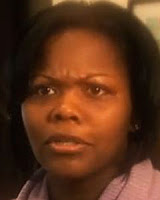 The Eleventh Circuit Court of Appeals today upheld the dismissal of a Centers For Disease Control counselor who was fired after saying that her Christian faith did not allow her to see homosexual clients.

Walden worked as a contractor for the CDC in 2007 when a woman came to her for advice involving a same-sex relationship. She was let go after she told the woman she couldn’t help because her “personal values” as a devout Christian prevented her from offering any assistance. Walden said her firing was a result of religious discrimination, but the three-judge panel said it was not persuaded by her arguments.

Walden was represented by the anti-gay Alliance Defense Fund, who issued a statement after today’s ruling.

“A counselor who is a Christian shouldn’t lose her job for upholding the highest professional standards. It is unlawful to punish a Christian for abiding by her faith, particularly when she made every effort to accommodate the interests of a potential client. We are disappointed that the court ruled against these fundamental principles, but we are determining next steps to ultimately vindicate Marcia and the freedoms for which she’s fighting.”