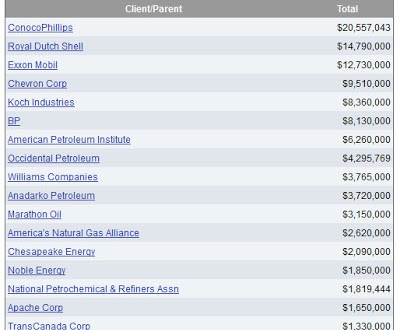 Last year the oil and gas industry spent over $145 million to lobby Congress for legislation that would help their businesses. In completely unrelated news, ConocoPhillips, the #1 oil lobbying corporation, just announced record-breaking 2011 profits of $12.4 billion. Almost 90% of that profit was used to buy back stock shares to enrich their top investors. Some might says those tax breaks and incentives were supposed to spur the development of new energy technologies, but that’s just crazy talk.